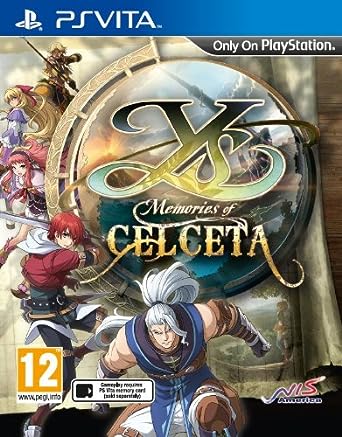 Ys: Memories of Celceta is an action-RPG for PlayStation Vita. This is a new remake of Ys IV: Mask of the Sun, episode in which we find Adol Cristin as an amnesic hero who tries to recover his memory by collecting orbs containing fragments of memories. The active group is made up of three characters with complementary skills that can be controlled freely by switching from one to the other almost instantly.