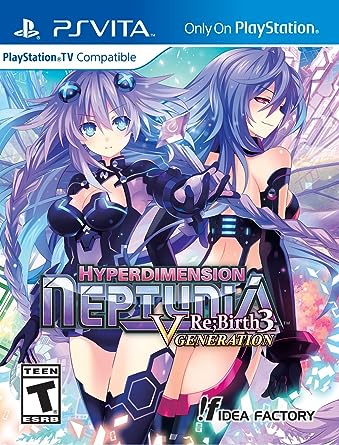 Hyperdimension Neptunia Re; Birth 3 V Generation is an adaptation of Neptunia Victory, released on PS3 in 2013 in France. The story is nothing but a sequel to the second opus. (or that of Re; Birth 2). You will play as Neptune who unfortunately finds himself sent to another dimension, in Gamindustry in 1989. During the adventure you will meet some characters including Plutia (Pururut) and the 3 other characters from the video game industry who visually resemble the characters. of the current Gamindustry (except his outfits). Of course, since we are in a remake of Victory, you will have the other characters like IF and Compa who were children at that time; we find Peashy, Rei, Croire and of course the villains of the game namely the Seven Sages of Arfoire or Mr Badd (the worst enemy of the Neptunia series that I have ever seen in my life).