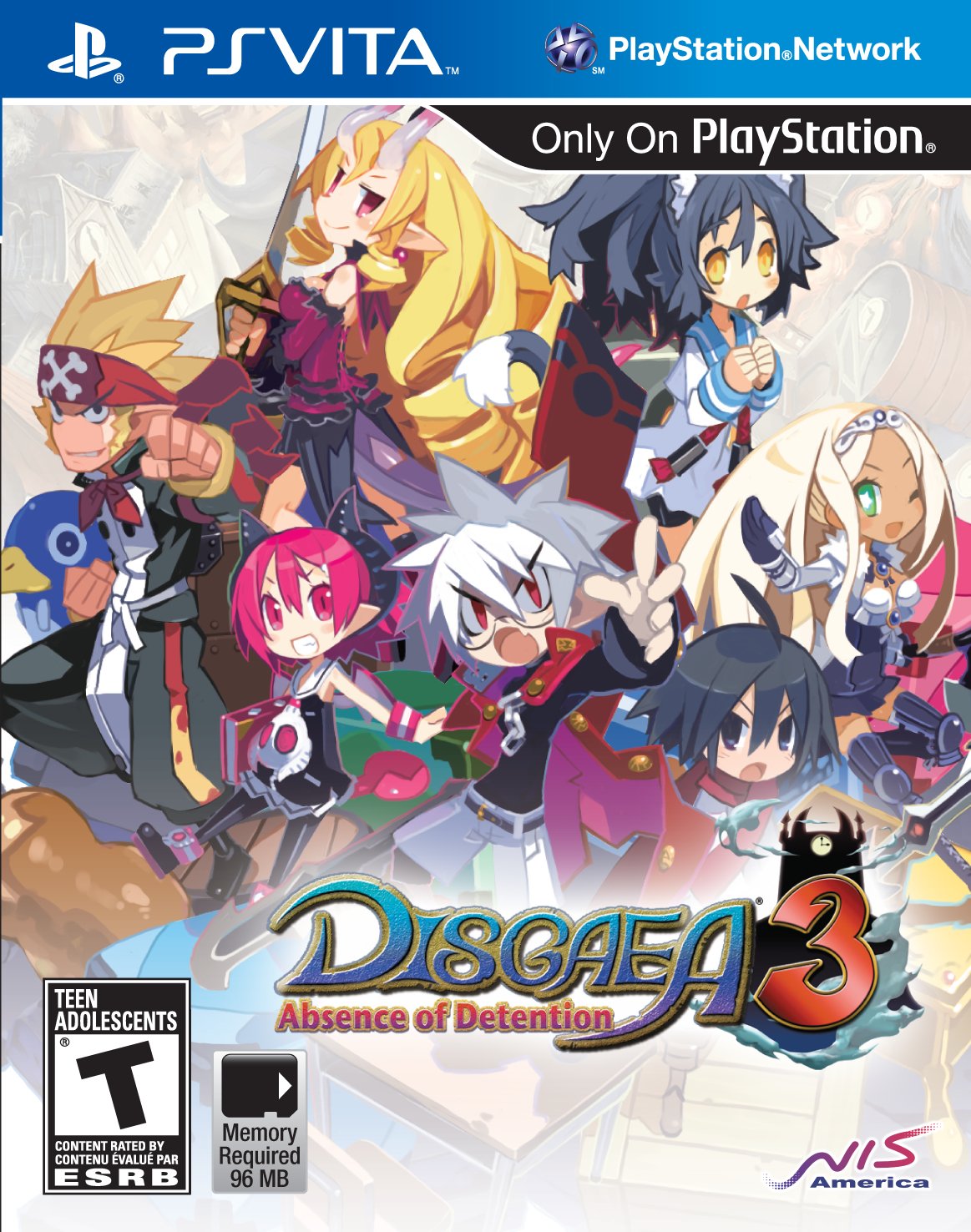 Disgaea 3: Absence of Detention is a tactical role-playing game on Playstation Vita. The player follows the exploits of Mao, the most esteemed student of the Academy of Evil, despite the fact that he has never attended any classes or opened a single class book. Mao dreams of overthrowing his father, the president of the school, and therefore decides to become a hero to achieve it. This version includes all the DLC that were offered on PS3.