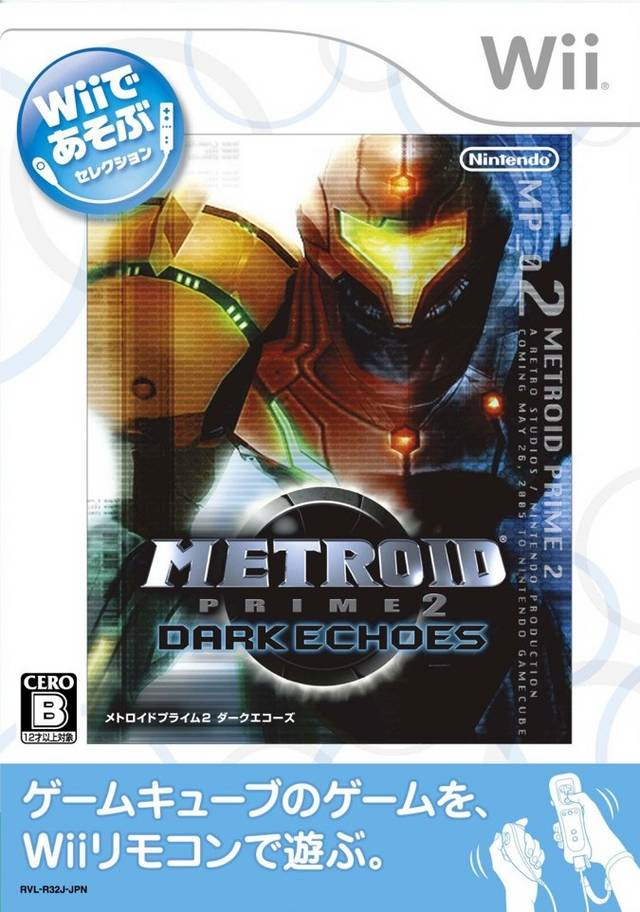 Metroid Prime 2: Echoes, also known as Metroid Prime 2: Dark Echoes in Japan, is a first person shooter, developed by Retro Studios and published by Nintendo, released on GameCube and WII in North America , in Europe and Australia in 2004, then in Japan the following year. It is the sequel to Metroid Prime, and is part of the Metroid series.