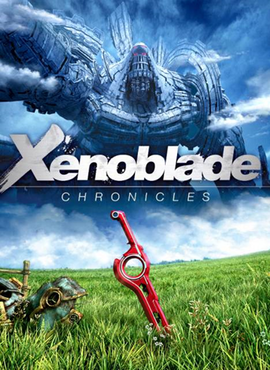 Xenoblade Chronicles is a role-playing game on Wii. It shows the conflict between men and machines, started after a fierce battle between the gods Bionis and Mekonis. Petrified while their blades clashed, the titans now shelter two rival nations, that of Homz and that of machines. The story tells the story of Shulk, a boy who inherits a powerful weapon named Monado, able to predict the future.