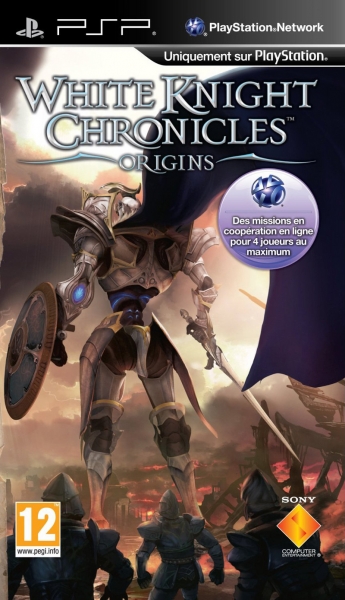 White Knight Chronicles: Origins is a role-playing game on PSP. The story is 10,000 years before the PS3 episodes and tells the story of Dogma's wars between the Rail Team's mercenaries and the Yhorrian Knights. The game is composed of playable quests as well offline asline up to 4 participants.