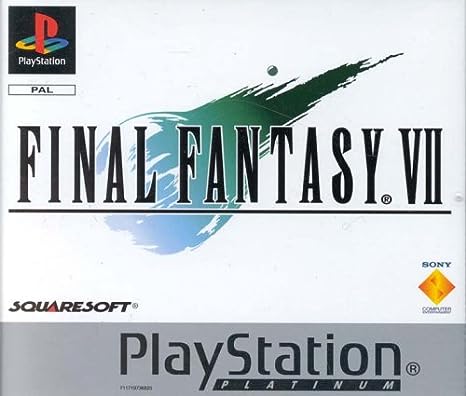 The story of the game is centered on the battle of a group of adventurers against the Shinra, a powerful organization that exhausts the vital energy of the Planet. As the game progresses, the conflict intensifies and the safety of the world becomes a major problem.

History:
Clad is a particularly weak and introverted little boy. He spent his childhood in the same village as his friend Tifa, in Nibelheim, and was raised only by his mother (he lost his father very early). Unlike Tifa, very popular in his village, he is the scapegoat of the people who do not hesitate to make him take responsibility for various incidents and to subject him to bullying. In the spirit of revenge and to inspire the admiration of his friend, he decides at thirteen to engage in the prestigious elite corps of the Shinra, the SOLDIER, whose Grand Sephiroth - his model adulated - is then an officer in chief, and leaves his hometown for the Midgar megacity. But he fails in this ambition and must be satisfied with a post of simple guard.

A drama then makes everything switch: he accompanies a day Sephiroth during a mission to Nibelheim during which it, discovering that it is only the fruit of odious genetic manipulations, sinks into a murderous madness and sets off a fire which ravages Clad's hometown - and causes the death of his mother - before disappearing into the depths of the earth ...
When during the game it turns out that Sephiroth is still alive, Clad is obsessed only with one thing: to kill him.