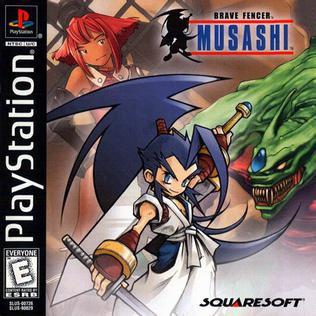 One fine day, while the king and the queen were absent, the kingdom of Allucaneet is attacked by the Empire Thirstquencher. To protect the kingdom, the princess Fillet, remained at the castle, decides to invoke the legendary hero with the courage without courage, Brave Fencer Musashi, which is in fact no bigger than a child. A little forced by the princess, the young man will have to drive from the kingdom all the enemy soldiers, and settle his account with the weak Flatski. And to do this, Musashi will have to find the Lumina sword, as well as the five parchments (earth, water, fire, wind and sky), which will allow him to reveal the true power of the sword. The story is not a masterpiece of complexity, but keeps the player spellbound, thanks to a few twists and many secondary characters, sometimes hilarious.