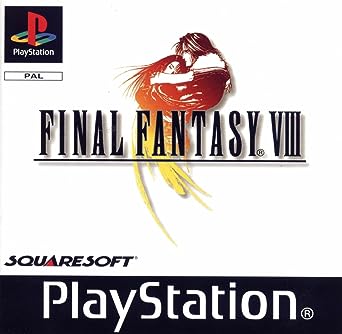 Raaaaaaah! Here it is, the moment long awaited by millions of players has arrived ... A minute of silence please to welcome the sequel to the often imitated but never equaled Final Fantasy VII, I named Final Fantasy VIII. Drum rolls and test.
180 people worked on Final Fantasy VIII and this big team strived to improve all aspects of the previous episode. First of all the world has undergone a very big facelift since the universe is totally different. Clad and the others have all disappeared and now it's all new heroes who come out: Squall Leonhart, Laguna, Seifer, Linoa and a whole clique of friends who will form your different teams. The main character is Squall Leonhart, a recent graduate of the Balamb Garden University (BGU), a freelance mercenary training school. The scenario is as big and deep as in FF7 and this time you have to save the world as multiple parallel stories unfold in the main storyline but also in very realistic psychological research. The universe of Final Fantasy has clearly matured since the characters have real reactions, a much smarter and slimmer behavior, in short, they are much more human.
Game summary:
The story of Final Fantasy VIII opens with a duel between Squall Leonhart and rival Seifer Almasy during a training session outside a military academy called "The Gardens". During the fight, the two students scarify each other's faces and return to Les Gardens for treatment. Meanwhile, Galbadia, presided over by Winzer Deling, invaded Dollet, forcing Dollet to engage the Seeds of Balamb Garden University (also called B.G.U.) - the elite forces of The Gardens - as a helper. The Seeds uses this mission as a test for their eligible students, and with the help of his instructor, Quistis Trepe, Squall Leonhart passes his first test. As the Seeds prepare for the assault, Squall Leonhart is assigned to an attack team with Zell Dincht and Seifer Almasy. In Dollet, Seifer Almasy abandons the team half way, forcing Selphie Tilmitt to join Squall Leonhart and Zell Dincht for the end of the mission. After the player finishes the mission, the Seeds stops the Galbadia advance, Squall Leonhart, Zell Dincht and Selphie Tilmit become Seeds, and Seifer Almasy is recalibrated for acting alone.