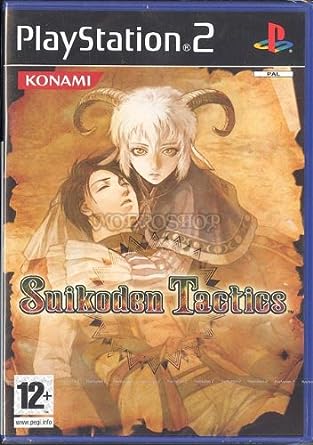 Suikoden Tactics on Playstation 2 is a mix of role playing and strategy as the fighting takes place in arenas where you have to move box by box. You play as a hero named Kyril who tries to escape creatures before forming a team to fight them. The game takes place in various 3D environments where more than fifty characters evolve. You can interact with them and each character has his own personality.