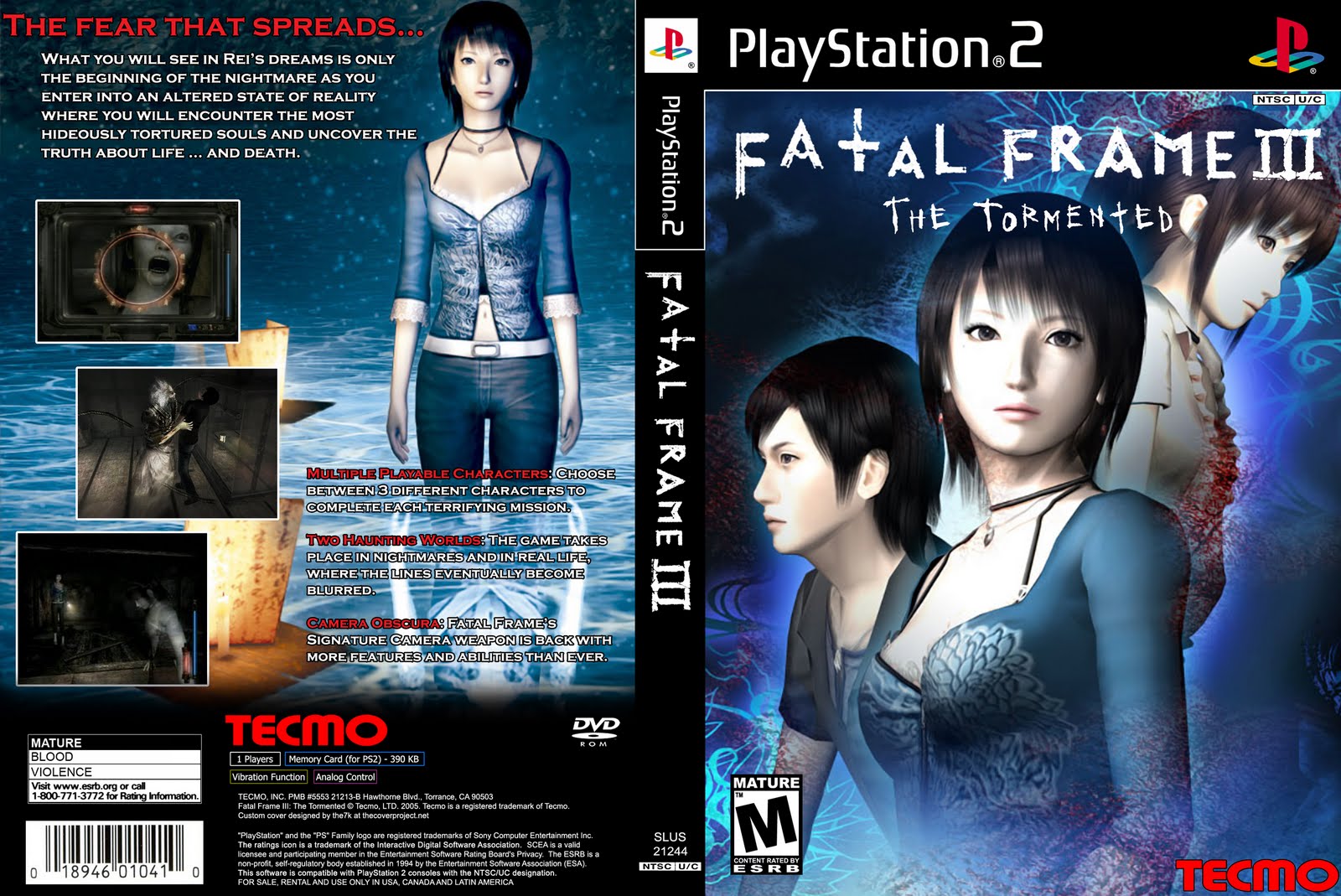 Fatal Frame III: The Tormented was released on November 8, 2005. It was developed by Tecmo and published by Tecmo for PS2 and PS3.
Assume the role of the cursed young woman Rei Kurosawa, whose overwhelming guilt over the death of her fiancé and persistent nightmares force her to blur the lines between the dream world and reality in Fatal Frame III: The Tormented. Developed by the same team responsible for the previous Fatal Frame titles as well as the Deception series, Fatal Frame III includes three different playable characters with their own unique special abilities and uses, and two different gaming worlds (nightmare and real life) that show off the improved visual effects and additional abilities for the world's most famous ghost busting photo device, The Camera Obscura.