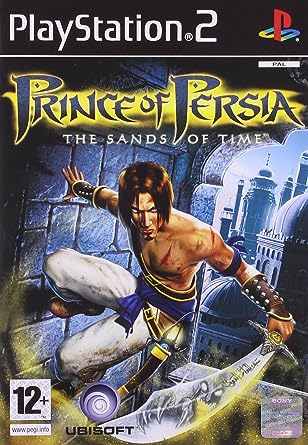 Prince of Persia: The Sands of Time is a platform game / action on PS2. You play again the young prince who makes the mistake of opening an evil hourglass immediately condemning the souls of the inhabitants of the palace. The devilish Vizier is once again behind all that, and it is by pacing the palace assisted by Farah that the player will have to put an end to the curse.