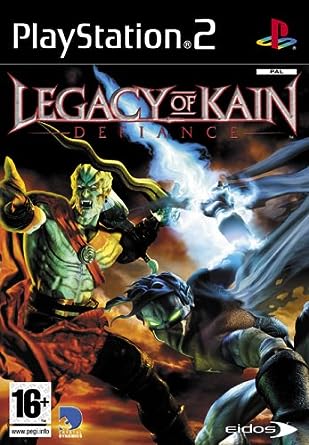 years Legacy of Kain: Defiance on PS2, find the Gothic universe of Nosgoth, theater of the clash between the vampire Kain and his fallen creature, Raziel. Divided by common enemies, the two heroes fight to lift the veil on their mysterious destiny and determine the fate of the world. While their opponents plot against them, Kain and Raziel begin a dark odyssey of which only one of them will emerge unscathed.