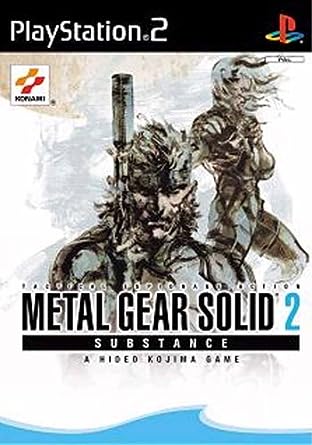 MGS2 Substance is a special reissue of Sons of Liberty on PS2. In addition to the ability to redo the game by choosing his character, it is proposed more than 200 missions in virtual reality. These aim to exploit the nooks of the game system while putting the player's talents to the test. Added to this are various new mini-missions taking place in the original game, a skateboard game in the colors of MGS2 and some other bonuses.