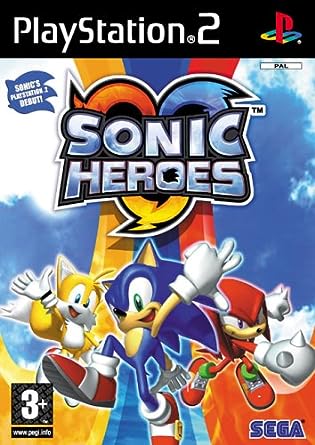 Sonic Heroes is a 3D platformer game available on Playstation 2. This time, Sonic will not be able to save the world alone. Join the Sonic teams, but also the dark team, the pink team and the chaotix team. Each group is composed of three characters each having their own characteristic, divided into strength, speed and flight. It will be necessary to use them wisely to finish the levels.