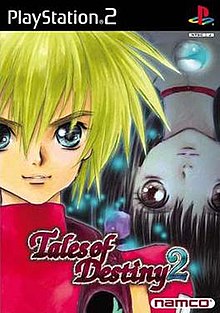 Tales of Destiny 2 is a role-playing game on PS2. A direct sequel to Tales of Destiny, he stages Kyle, the son of Stan and Rutee, who goes on an adventure before becoming a great hero just like his father. On the agenda, dynamic combat in real time in which the allies are managed by the computer, and exploration of a vast and magical world.