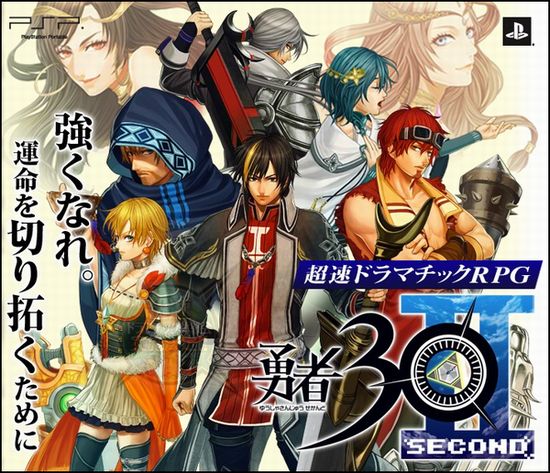 Marvelous Entertainment has decided to give a continuation to Half-Minute Hero with a new opus on PSP answering the name of Yuusha 30 Second ("Hero 30 Second") which will be based on exactly the same principle as its elder; thus, you will have to carry out various "RPGesques" missions in just thirty seconds.
Yuusha 30 Second will rely on five different scenarios for a total of 90 quests.
Some novelties, however, will be part of it; Thus, the game will have a multiplayer mode playable four local and a level editor to significantly increase its life.
Finally, we note that the title should have a considerable asset, his soundtrack, since the latter will be composed by Yoko Shimomura, Yasunori Mitsuda, Motoi Sakuraba and Masashi Hamauzu!