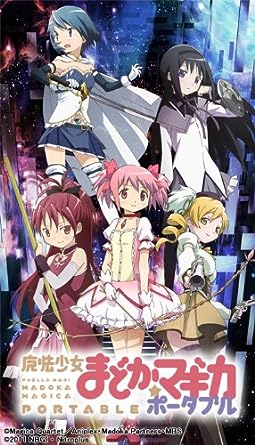 Puella Magi Madoka Magica Portable is a video game that was made to go along with the series. Originally released March 15th, 2012, it was developed by Namco Bandai for the PSP. It is a roguelike RPG game with visual novel elements. It features new witches, full voice acting, and branching scenarios. Starting March 10, short countdown videos were released to promote the game. These videos were released on the website's main page and contained the characters fighting various witches. A guide book was also released for the game on April 20, 2012.

Download the savedata (data-for-madoka.rar) link is with the rest of the links below.
Extract it. You will see inside a folder called “SAVEDATA”
Copy that folder.
Paste that folder to: \memstick\PSP\ (merge it with the one there).
Done. Restart emulator.
SAVEDATA (NEEDED for ENG patch!)