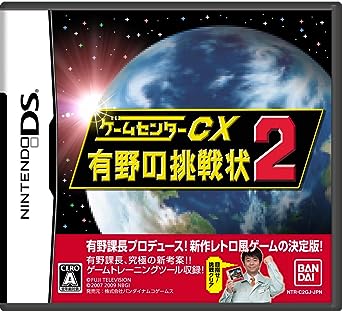 Game Center CX: Arino no Chousenjou 2 on DS is a DS game based on the Japanese Game Center CX series, in which Arino has to take up and succeed all the challenges of the Game Master. In this adaptation DS, Arino returns to the time he was a child because he regrets not having played enough video games at the time of the Famicom. The app includes 8 unpublished retro games that must be completed by using the tricks found in fake specialized magazines.
Patch version: v1.4.0

Game Center CX: Arino no Chousenjou 2 is the sequel of Retro Game Challenge, unlike the first game this version was never officially localize, Xseed dropped the possibility after seeing the first game did not sell as good as they wanted it to, that’s when fans took over.