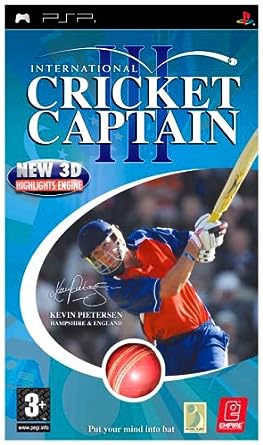 Challenge yourself to the greatest cricket champions in International Cricket Captain III on Playstation Portable. Find all the subtleties of the sport as well as new features in the series such as a television camera system allowing to review the game from another point of view, realistic characters, comments from professionals ... All to satisfy the pro or the amateur eager to embark on learning cricket.